Tributes pour in for Charmian Carr, who played Liesl in The Sound of Music, who has died aged 73

Carr was best-known for playing the eldest of the von Trapp family in the musical film The Sound of Music.

According to her spokesman, Harlan Boll, Carr passed away on Saturday due to complications from a rare form of dementia.

She famously performed the song Sixteen Going on Seventeen. Aside from a role opposite Anthony Perkins in the Stephen Sondheim television musical Evening Primrose, Carr did not pursue acting but went on to be an interior designer.

The Sound of Music remained of great importance to her, and she wrote two books on her experiences of the film.

‘I tell people that they should consider sing-a-long Sound Of Music like going to a therapist,’ she told Associated Press before a 2005 appearance. ‘It’s just a kind of therapy. They can move around. They can dance and talk back to the screen. They can skip their appointment with the shrink that week.’

20th Century Fox, which was the studio that produced The Sound of Music, noted Carr’s death on Twitter: 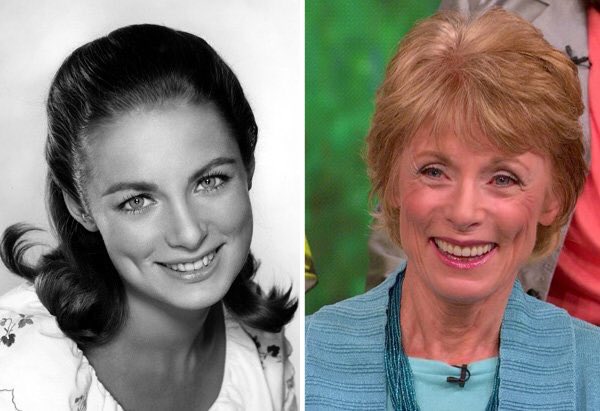 The Sound of Music lost a beloved member of the family w/ the passing of Charmian Carr. She will be forever missed.

Kym Karath, who played Gretl, the youngest of the Von Trapp children, wrote on Twitter:

It is with infinite sadness that I share the tragic news that the precious & exquisite Charmian Carr , beautiful Liesl , has passed away .

So sad to lose my movie big sister, Charmian Carr. A beautiful woman, inside and out. Rest in Peace, #ForeverLiesl

So very saddened to hear of the death of Charmian Carr. She leaves behind one of the most memorable performances in movie history.

Other fans of the actress also paid tribute:

thank you for being Liesl and inspiring me to sing from when I was little, I will be forever grateful

Regretfully they tell us, but firmly they compel us, to say goodbye, to you

Heartbroken that Charmian Carr died yesterday, but there’s something beautifully poetic about her going on the 17th.

Carr is survived by her four siblings, her two children and four grandchildren. She is also survived by the six other actors who were cast as the Von Trapp children.